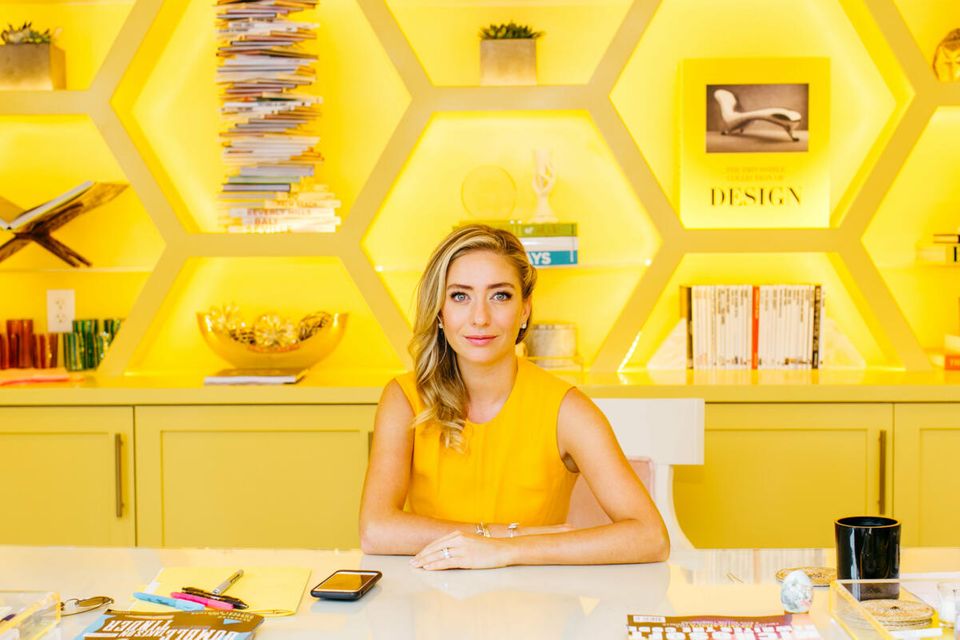 Who would have thought so many women wanted to ask men out?

We all have heard the stories:

As a woman myself, I must confess: I have never asked a man out.

"Boys should sweep you off your feet," my mom told me as a teenager. "You wait 'til they approach you. No one likes a girl who is all over guys."

And so the internal trauma begins. Compounded over time, women learn to repress their sensuality and become sexually insecure as adults.

Even worse, we grow up thinking this is normal: 43% of U.S. women said that they had an orgasm fairly infrequently at most. We then pass our mentality and anxiety to our children, who then distribute it to their children, and then their children - compounding for generations on end.

And while many of us wondered if there was a better system to find love, few actually had the guts to build an alternate model.

An alleged Tinder co-founder, Whitney is accountable for much of the company's early success; even coming up with the name itself. As VP of Marketing for ~3 years, Whitney put Tinder on the dating scene, revolutionizing how we meet our partners in the 21st century. For her, swiping left or right was just the beginning.

Soon after, her involvement in Tinder became controversial when she filed a sexual harassment suit against one of the other founders. It is still unclear what happened between them, but needless to say, by the end of the tale, Whitney Wolfe ended up with over a million dollars in settlement to bury it dead.

After the traumatic event, Whitney became convinced the world needed a social media app where women could empower one another and offer words of positivity. One idea quickly lead to the next.

After hearing about the harassment suit, Russian tech billionaire Andrey Andreev, who had met Whitney when she was at Tinder, reached out to her.

Founder of online dating app Badoo, Andrey thought the idea of an app for women was brilliant, but would invest only if she stayed within the online dating market. A few months later, their collective expertise brought Bumble to life.

In 2014, Andrey and Whitney built Bumble with one key differentiating factor: women make the first move.

In an attempt to empower women to feel comfortable within the dating space, Bumble engineered its product around establishing trust and accountability between users. They engineered the feeling of safety onto the platform itself.

“Tinder is for hookups, and Bumble is for dating”
~ 40% of US college students.

After just a few years, Whitney Wolfe Herd quickly became the  youngest ever billionaire to helm a company listed on the stock market and CEO of the second-most popular dating app in the United States with a growth of 70% a year, compared to Tinder's 10%.

Whitney didn't only turn a love bug into a feature; she built a full dating app. And with the app, a movement. Bumble empowers women to take control of their love life by taking initiative rather than waiting around to be asked on dates.

In a world where we're increasingly building meaningful relationships online, Bumble creates a safe space where harassment is strictly revised and policed. With the extension of Bumble to BFF (for finding friends) and Bumble Bizz (for connecting with businesses), it's truly a match-making service for women by women.

By challenging the status quo of one of the most intrinsic aspects of humanity - finding love - Whitney Wolfe proved that through lines of code, we can impact how people live, mingle, and kiss. She proved that technology can transform, at scale, even the oldest, most human of our systems.